What is this all about? When one modulates in phase, like PSK does, what it’s really transmitted over the air are changes of the phase of an electromagnetic wave that the receiver detects and interprets as bits. The greater the number of different phases, the greater the number of bits per phase change we can transmit. If we add amplitude changes further, as in APSK modulations, the transmitted bits increase with a single change of the signal wave.

This is a quite technical digital data communication topic. What must be clear is that, for example, 16PSK and 8PSK differ in that the former can transmit 4 bits for each phase change transmitted, while the second only 3 bits. This means that the amount of information we can transmit per second is greater with 16PSK than with 8PSK.

In addition, there is another parameter called FEC (Forward error correction). FEC is the addition of bits in the frame that is used for the detection and correction of errors introduced (e.g. by noise) in the transmission channel. This technique is used in transmissions that do not have a return channel such as DTH satellites and to generate all real-time transmissions such as teleconferencing services. An FEC with value of 1/2 means that for every 2 bits transmitted, 1 is information and the other is to correct errors. An FEC of 7/8, means that every 8 bits transmitted, 7 are data and only 1 for detection and correction. Therefore, transmissions with lower FEC will be more robust and safer in the presence of noisy channels, such as during bad weather conditions.

But in the end, why do TV channels freeze on rainy days? The BER or Bit error rate is the ratio of bits that are received with an error against the ones received correctly. If this value exceeds a certain value,  freezing or pixelations start to appear in the image.

So, how can the ACM improve the quality of the signal reception? The key is that when using encodings that transmit 4 bits by time, when there is a loss due to noise in the transmission channel (rain, lightning, hail), such loss represents 4 bits and not just one. So the best option here, if we want to low down the BER, is to transmit less quantity of bits per signal change. On the other hand, if we use a lower FEC, we can detect and correct the errors introduced by the channel with greater effectiveness. In other words, ACM changes its way of coding and modulating to improve the BER and thus improving the quality of the signal received.

ACM was born as a specification to be implemented for unicast transmissions and with receiver terminals with a return channel. That is point-to-point links where the receiver can inform the sender about the reception quality so it can modify the parameters in real time in order to achieve optimum quality.

However, one question arises: How can this technology be used for broadcast networks without a return channel such as DTH Television?

The answer is the installation of probes in different regions that have a return channel connected to the module that manages the ACM in the transmitting terrestrial station (like in the figure below). 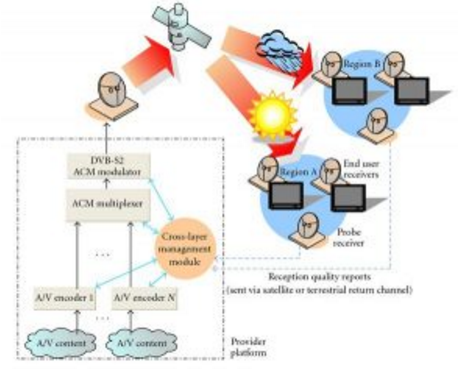 But, while some telecommunication companies are beginning to use this technology, the number of subscribers with STB that do not have tuners with support for ACM is extensive. That is why ACM is starting to be used in HD signals –  because those signals require the most modern and powerful STB that can ALSO support ACM.

It’s only a matter of time before this great technology can be used in every home that enjoys Direct-to-Home (DTH) satellite TV. And then, everyone will be able to say goodbye to the bad weather freeze. 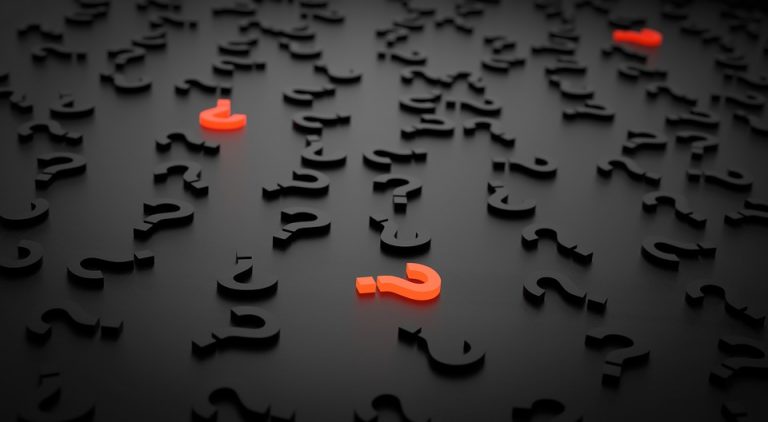