The sunk cost effect is a psychological behavior to continue an endeavor once an investment in time, effort or money has been made. The prior actions motivate the present decision to continue, despite the fact that it objectively should not influence it. Sunk cost fallacy is proved to be a robust judgment error hard to avoid.

Examples of the sunk cost effect exist in great quantity and types. Should I continue with this terrible job? I spent years in training to get this position. Should I continue this unhappy relationship? I have already put so much into it. Many bad movies were finished simply because once the time the director realizes how poor the movie is going to be, several minutes and dollars have already been invested.

Imagine you just saw a deal for a weekend trip at a decent ski lodge and you bought it for $500, not refundable. Then, two days later you saw another deal for a weekend trip, nicer lodge, great place, much better than the previous one for only $250. It was such a good deal that you couldn’t afford to lose it, so you also bought it. Like the previous one, not refundable.

Later, you are sitting down with your calendar and the tickets and find out that there is a conflict, both are for the same weekend! You are forced to pick one and forget the other one.

Which one would you choose? The one with the nicer lodge… right? But most people choose the most expensive one, even when it wasn’t as good as the other one. Why?

Because it is harder to tell yourself that you wasted $500 than just $250. Even when you already spent $750 on both of them and must choose one, lots of people let that bad feeling of having wasted something get in the way of making a better choice for their future.

If we analyze this behavior, initially an action is being done at point A, but after a substantial unsuccessful effort has been made, we are now at point B. From there, further losses do not result in large decreases in value; however, comparable gains do result in large increases in value. Therefore, most people at point B will risk small additional losses in order to obtain a possible large gain. At point B, we already lost a lot of value. Compared to someone at point A, people at B are more likely to take the risk. At that time, most people are more risk-prone than they were before any losses occurred.

One reason why people may wish to take further risk is because stopping there would constitute an admission that the prior action was unsuccessful. The admission could be avoided by continuing to act as if the prior spending was sensible, and a good way to foster that belief would be to invest more effort.

The sunk cost effect would appear to be based on the cognitive dissonance theory. When a subject is induced to expend effort on an onerous task, the task is revalued upward. Such revaluation would presumably result in an increase of willingness to expend further resources on that task compared to the resources which would be voluntarily allocated by a subject not having made a prior expenditure.

The sunk cost effect is also based on the entrapment theory. Subjects in entrapment situations typically incur in small, continuous losses as they seek or wait for an eventual goal. This is the example of someone waiting for a bus. After a very long wait, should you decide to take a cab, thereby nullifying all the time you have spent waiting for the bus? This is analogous to a sunk cost situation: time already spent waiting is the sunk cost. Reluctance to call a cab represents the desire to invest further in waiting.

If you are deciding what to do, you should only be considering how those choices affect your future, not whether they are consistent with the choices you have made in the past.

One of the few documented cases of someone who recognized suck cost behavior and changed it was Thomas Edison. In the 1880s, Edison was not making money on his invention, the electric lamp. The problem was that his factory was not operating at full capacity because he could not sell enough lamps. He then got to the idea to boost his factory production to full capacity and sell each extra lamp below its cost of production. By increasing his plant’s output, Edison added only 2% to the cost while increasing production 25%. He was able to do this because much of the manufacturing cost was sunk cost (fixed costs). Edison then sold the large number of extra lamps in Europe for much more than the small added manufacturing costs. Since production increases involved small new costs but substantial new income, Edison was wise to increase production. He wasn’t able to make profits at that time, but placing sunk costs in the proper perspective and arriving at his decision cut most of the losses, something that most of us find very difficult to do.

At Intraway, the management team execute a methodology in order to mitigate sunk cost fallacy in their decision-making process. It helps to get away from considering cost you have already spent when trying to work out whether to carry on with a project or not.

In a second frame, we write down what we have spent so far (time, money and resources) and what we have learn about that (people, process, assumptions, etc.).

We write them in a separate frame because we will never get them back; the only payback they provide us with is the lessons we take from that journey. It helps us to see them as a sunk cost and we prevent them from influence in our future actions. 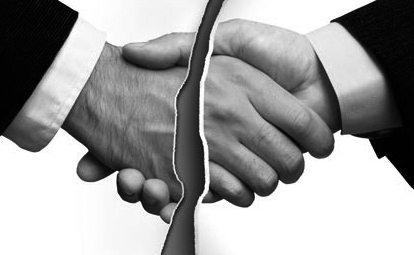 What a contract does not say