The History of Fiber to the Home

Fiber to the home (FTTH) may seem like a new trend, but it’s been around almost since the start of the century. The earliest trials of FTTH, also known as FTTP (fiber to the premises), were limited in scope. As a result, some stagnated, and some have led to broad deployments.

Fiber has always been used for the Internet backbone, and fiber for business data communication has been around since the 1980s. Originally it was a top-of-the-line service for businesses that needed lots of bandwidth and could pay for it. Prices have come down to the point that it’s a viable, if not cheap, option for home users who want the fastest connection possible.

Setting up a fiber infrastructure for an area is expensive. Some major businesses have made serious commitments to FTTH, only to discover that they couldn’t meet them. Even so, more and more homes now have fiber as an option, and the trend will continue.

The first FTTH deployments were modest. Among the earliest was Stockholm’s Stokab, a municipally provided fiber infrastructure. Stokab doesn’t provide any data services, just the “dark fiber” infrastructure. The first homes got Internet service over Stokab in 2002. By 2012, 90% of Stockholm’s homes had access to it. It continues to provide fiber connections to service providers, with over 900 mostly private customers.

In 2001, SBC Communications announced plans to offer fiber connections to homes. AT&T acquired SBC in 2005 and greatly expanded the availability of FTTH. Early FTTH services, including SBC’s, multiplexed the signals to houses on a single fiber, saving money at the expense of individual data speeds.

Verizon began promoting residential fiber on a large scale in 2004 with its Fios service. Its first offerings delivered a modest 30 Mbps or less, far short of the gigabit speeds expected today of fiber, but impressive at the time. Like many operators since then, it offered and still offers a triple pack of TV, Internet, and voice calls.

Google entered the fiber market in 2010. It claimed 1 Gbps speeds, though in practice connections are inevitably slower. It deployed to six metropolitan areas in the next six years.

In 2021, fiber-optic Internet is available to about a third of households in the United States, with the highest availability in metropolitan areas. In Europe, availability varies greatly between countries. Sweden and Portugal have the highest household penetration, at 61.2% and 59.6% respectively, while the UK and Germany are under 6%. These numbers refer to actual subscribers.

There are now over 1,400 fiber providers in the United States. Most are relatively small, covering fewer than 50,000 people. The largest, all covering over 25 million people, are AT&T Fiber, Verizon Fios, EarthLink Fiber, and CenturyLink Fiber Gigabit.

The big providers in the US have had mixed results. AT&T has the widest availability, spanning 21 states. Verizon Fios reaches nine states. Google Fiber retrenched in 2016 and has done little new work since then.

Some fiber services are actually hybrid services, running fiber to a neighborhood but then using copper wires to reach homes. Their cost is lower, as is their speed. Multiplexing is less common than it was in the early years.

Fiber faces competition from coax cable Internet, which has the advantage of already being widely deployed, and fixed wireless, which is less expensive to deploy. Fiber has an advantage in speed over both of them.

It’s unlikely anything will beat fiber for speed in the near future, and speed is what people want. FTTH will continue to expand, though it will be the high-budget option. Hybrid fiber is also likely to make gains, giving residences impressive speeds while being less expensive to set up. 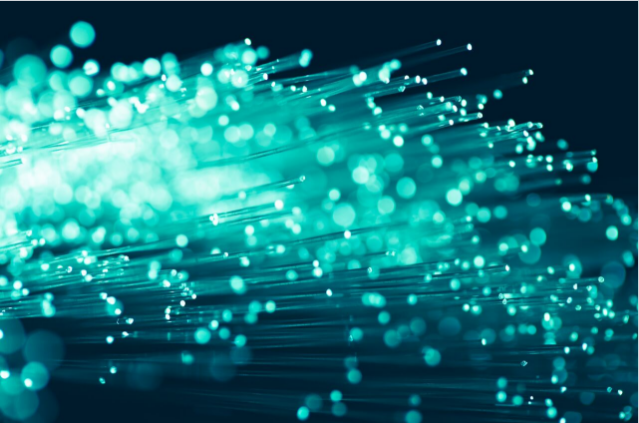 Seamless Evolution From HFC to Fiber