I decided to create this blog post to tell all about my experience with expanding wireless networks at home without the use of cables, and I found that there are currently three ways to expand a wireless network: network cables, WiFi or Powerline.

The best way to expand a WiFi network is to use network cables. It is always the best solution both in terms of cost and, above all, in terms of performance. That’s what I did here at home. After much suffering with the poor performance of the WDS link between my two WiFi devices, I finally decided to call an electrician and run a CAT 6 network cable between the two. Today, I have a 1gbps backbone between my WiFi devices, and I can get the maximum speed of my internet link (240mbps) on each of them. The use of cable also allows you to use any WiFi device, even from different manufacturers, at each end: the cable link is standardized and therefore has to work between any devices that support the Ethernet protocol.

If there is a possibility, run a CAT 6 network cable between the WiFi devices – it’s the cheapest and the one that gives you the best performance and stability!

A brief explanation of WiFi devices, protocols and capabilities

Every device with a WiFi network complies (has to follow the determinations) with the 802.11 protocols, standardized by the IEEE (Institute of Electrical and Electronics Engineers). These protocols encompass several aspects of WiFi networks and started in 1997. Currently, we find on the market devices that compile three versions of these protocols (802.11n – WiFi 4, 802.11ac – WiFi 5 and 802.11ax – WiFi 6). The larger the letter/number, the greater the spectral stream transmission capacity. The protocols are backward compatible, too: every newer device can also operate on the older standard.

Routers in standard n (WiFi 4) can transmit up to 150mbps per spectral stream in both 2.4GHz and 5GHz frequencies. The maximum WiFi channel width is 40MHz at 2.4 and 5GHz.

With this information, it is now possible to understand the marketing of those products. For example:

Why is this information important?

Simple: the transmission capacity of a WiFi link between two devices depends directly on the protocol and the number of spectral streams supported! For example: even if your router is an AX6 (AX 3000) and your notebook’s WiFi card is an N150 (1×1 by default n), the link between these two devices will be at most 150mbps, as this is the maximum supported by either side!

After understanding all the information above, the last question is:

Can I use the same device to receive and expand WiFi networks on the same frequency? It can, but it shouldn’t! Why not? Simple: the extender device has to use the same radio for this and it can only do this at intervals. This mode of operation reduces the total bandwidth to approximately 1/3, as it has to transmit the buffer to the client, receive the buffer from the source and only then send the information.

Expanding the network via WiFi

These are the ways to expand range via WiFi, all with their pros and cons in terms of cost and performance.

Mesh networks are WiFi networks between 3 or more devices that continuously analyze the WiFi links between them and other WiFi clients. This capability allows the WiFi client to switch quickly and without interruption in the connection between Mesh stations, and they also calculate the best package delivery route between themselves. Installation is also the simplest: just configure the first access via the app, and you’re done.

Network performance will depend on the distance between Mesh stations and the quality of the devices. Therefore, before you buy a Mesh kit, google the performance and stability of the intended kit, because there is a lot of variation. Another problem is the lack of interchangeability between Mesh solutions from different manufacturers: if you want to add another Mesh station to your network, you have to use a station from the same manufacturer and even from the same product line.

Another problem is cost: Mesh kits are the most expensive on the market. 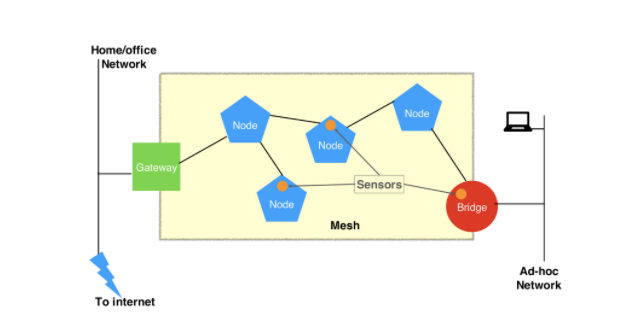 WDS (Wireless Distribution Service) is a more efficient way to expand the range of a wireless network via WiFi. The main difference between WDS networks and repeater networks is that the WDS link is fully transparent at the data link layer. This fact allows the WDS AP and WDS stations to use the same SSID and password: this way, the devices switch stations automatically and without disruption.

Network performance will depend on the distance between stations and the quality of the devices involved. If you intend to make a WDS link between two devices, buy two identical devices and research first if they offer this possibility. 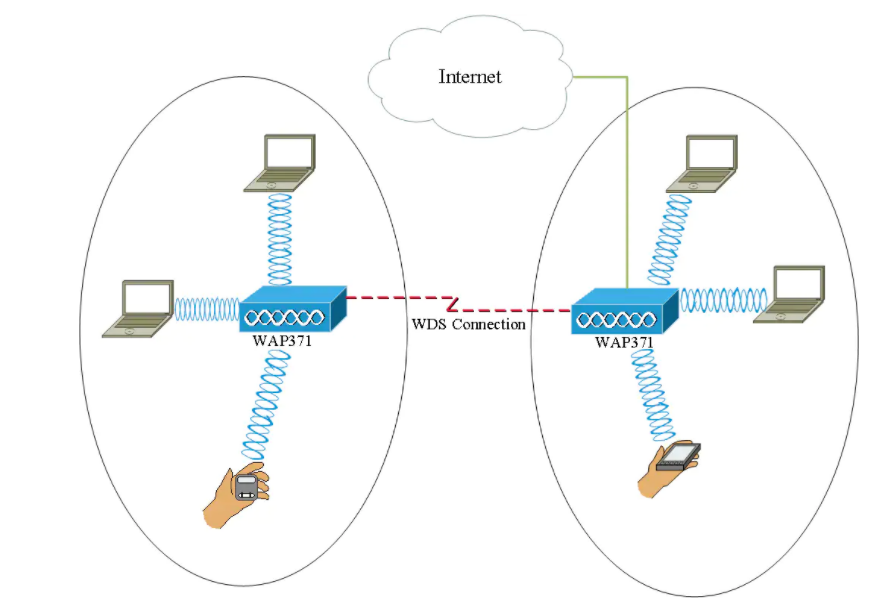 The way to expand the network using a repeater/client is generally the cheapest, but also the one that offers the least performance, stability and modularity. The network issued by a repeater cannot use the same SSID as the WiFi device, so switching networks is always slow and disruptive (the client has to disconnect from one of the networks and then connect to the second).

The configuration of networks with repeaters is also not so simple, especially if the user wants the devices to be on the same logical network (essential for the devices to “see” each other, such as a notebook and a WiFi printer, for example). The network’s performance will depend on the distance between the repeater and the main device and the quality of the devices involved, but, in general, they have worse performance than the other two types. 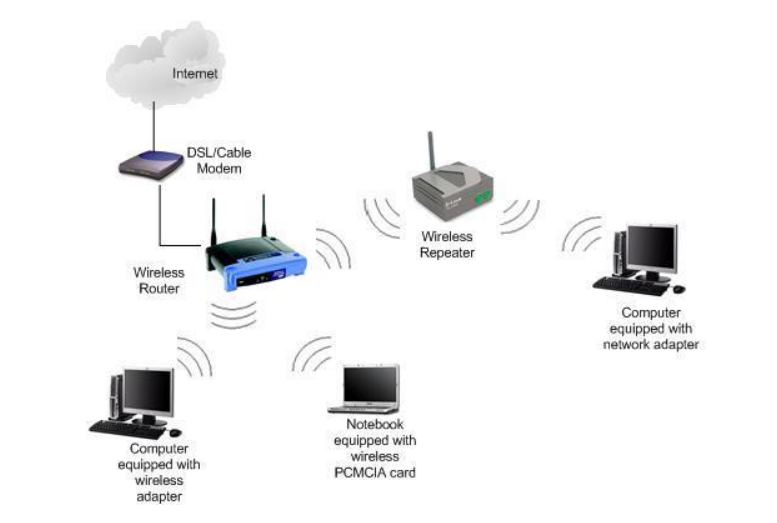 Powerline is a very interesting way to expand the range of a wireless network, as it uses the local electrical network wiring as a means of propagating data packets. As electricity in Brazil is distributed at a frequency of 60Hz, powerline adapters use the entire range available above this frequency to transmit data packets. In practice, the site must meet some requirements for the connection to be stable and deliver good performance.

In addition to the transmission capacity of the powerline stations, the point of origin and destination must be on the same phase (they may be on different circuits, but the circuits must be on the same phase). In this way, it makes the source/destination link in two channels (phase and neutral), maximizing the bandwidth by MIMO and differential signal. If they are in different phases, it will link only by neutral, losing MIMO and differential analysis, and, consequently, performance.

The performance of a powerline link depends on the quality of the devices and the electrical configuration of the installation sites. 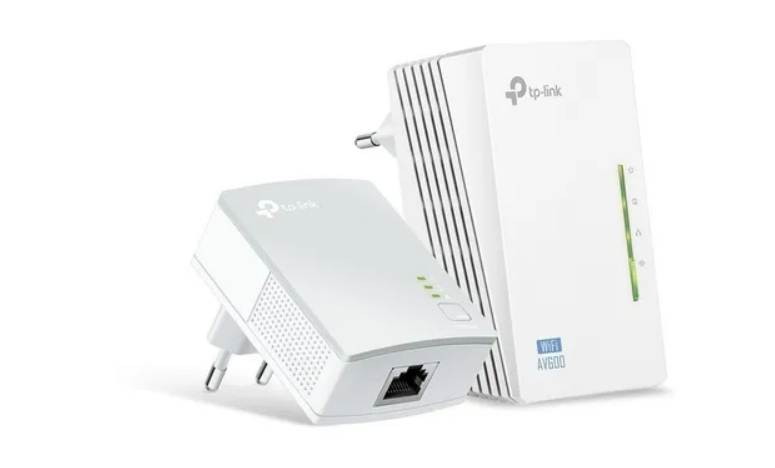 To test the performance of network expansion via WiFi, I set up the following configuration:

My main router is a Mi Router 3G (AC 1200), that is, capable of transmitting up to 300mbps at 2.4GHz and up to 867mbps at 5GHz. For the station that will expand the network, I have a Mi Router 3G here as a spare. And, to finally test the expansion without using the same radio as the client station, I got an old TPlink 1043ND v1.8, with OpenWRT, and configured as an AP, as instructed in this post here.

The test was as follows: I configured the reserve Mi Router in WDS with the main Meu Mi Router in the 2.4GHz network. Therefore, the link between the two would be at most 300mbps.

All speed measurements were taken on my notebook, which has a gigabit ethernet card and an Intel AX200 WiFi card (it gets 2.4gbps on ax links at 5Ghz and 587mbps on ax links at 2.4GHz). I used Speedtest by Ookla as a base with the server suggested by them. It is the same software used inside Intraways’ Probes, very reliable.

The reserve Mi Router 3G was installed in the same environment as the main Mi Router (the WDS link between the two was at -35dBm, reporting 300mbps of bandwidth during all tests). The objective was to test the link between the AP WDS and WDS Bridge under the best conditions.

Ideal conditions (best scenario) – Notebook connected via WiFi to my Mi Router 3G, which is as a router:

These values ​​are those contracted with the internet provider.

This test shows the great impact of using the same radio to receive and transmit the internet.

In this scenario, the reserve Mi Router 3G was configured as WDS Bridge (in this mode, it only receives internet over WiFi but does not expand). The Mi Router Reserva’s 5GHz radio was still turned off. I connected my notebook via cable to the WDS bridge, also turning off the notebook’s WiFi. This test aims to measure the maximum transmission capacity of the WDS link at 2.4GHz.

I did this test several times, always with the same results. I couldn’t understand the difference between upload and download.

This test showed me that I could only transmit at most 100mbps on 2.4GHz links with 2×2 AC routers.

In this test, Mi Router 3G continued to be configured as a WDS bridge on the 2.4GHz network. Therefore, I enabled its 5GHz radio and connected my notebook to this 5GHz network.

This test shows that if both Mi Router radios are used simultaneously, the available bandwidth tb drops, but to an even higher value than if only 2.4GHz radio were used.

Test with a third AP:

The bandwidth is much larger when using a third device to expand the network.

To maximize the effective bandwidth on the WDS link or repeater, it is really worth using the WDS station or the repeater just as a bridge (client, in the case of the repeater) and connecting another AP via cable to it (e). This way, you get effective speeds around 100mbps, well above the 30mbps you could get before.

Are you ready to help us revolutionize the telecommunications industry? We’re hiring! Learn more about Intraway, our amazing career opportunities and fantastic benefits here: https://www.intraway.com/company/work-with-us/