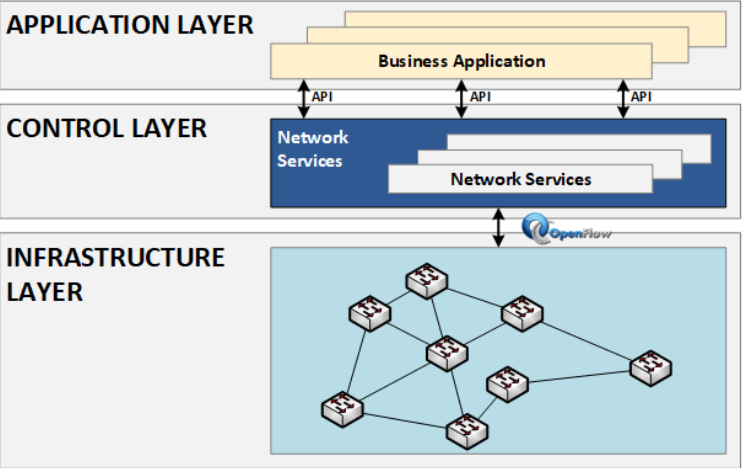 It is worth noting that the industry was initially skeptical whether the implementation of SDN was possible the way Google wanted to implement it, what was the reason for the same.

Google had high financial costs involved in managing their data centers. There were many things to be taken care of, like hardware and software upgrade over provisioning, managing large backup traffic, managing individuals switch and workforce.

Hence it was time-consuming to rebuild the routing tables after link failures and also it was difficult to predict what the new network might perform.

Google went forward and successfully implemented SDN, they built their hardware and wrote their own software for all their internal data centers and surprised the industry when they announced that the use of ISDN is possible in production.

Virtualization is the basis of SDN

The concept of virtualization has prompted data centers to use resources only when they are actually needed. Virtualization can separate out the software from the hardware and this result is an SDN.

Legacy networks are available for the use of virtualization. Cloud and mobility create more complex environments.

Networks must be able to adapt themselves in terms of security scalability and manageability.

Applications or users require a reconfiguration which is time-consuming and expensive.

OpenFlow or some other programmable and controllable packet/flow processing protocol can be used.

SDN takes a lesson from server virtualization and introduces an abstraction layer.

It separates network intelligence and configuration from physical connections and hardware.

SDN delivers speed and agility when deploying new applications and business services over existing ones. If you want stronger security, faster time to service, reduced operational overhead, and faster IT innovation, then:

Cisco is one of the leading solution providers for SDN capabilities.

Software-defined network is not OpenFlow. OpenFlow is an open standard for communications protocol that enables the control plane to interact with the forwarding plane.

Difference between SDN and Traditional Network

In the traditional IP network, the control and data planes are tightly coupled and embedded in the same networking devices and the whole structure is highly decentralized. Computer Networks can be divided into three planes of functionalities:

In the SDN Solution Model, we generally speak about 3 levels namely:

Different types of solution models are available, some of them are:

Depending on the business level and the type of quality needed, one can deploy an SDN environment.

From a quality of service (QoS) point of view, it is an SDN controller which is a complex system.

Its operations can be highly dependent on a variety of parameters.

A common framework has:

Here, a three-tier architecture is used.

In Tier 1, we make use of forwarding entities and any software/hardware components comprising of them.

In Tier 2, the control and management entities dot the details in Tier 1 are employed.

In Tier 3, the applications and services that make use of the details in Tier 1 and 2 are employed.

There are no loops or black holes in the network.

The configurations are such that there is no breakdown of an application execution on the respective network.

The requirements of SDN programming should support formal semantics in high-level languages.

Should support conceptual models that can exist on the network freely.

Pyretic is a Python base language.

All popular programming languages can be used In SDN products like C in OVS and Kandoo, C++ in NOX and ONIX etc.

The most used scripting language in SDN is Python

On the Frenetic project, we have Pyretic.

It is the standard defined for SDN

It enables the controller which is the brain of the SDN network to directly interact with the forwarding plane of the network devices.

Devices can be switches and routers, both physical and virtual.

It can better adapt to changing business requirements.

Any device that wants to communicate with an SDN controller must support the OpenFlow protocol.

The controller manages the traffic (network flows) by manipulating the flow table at switches. Instructions are stored in the flow tables.

When the packet arrives at the switch, header fields are matched with flow entries in flow table.

If any entry matches, the switch performs indicated actions and update the counters.

If entries do not match, switch asks controller by sending a message with the packet header. 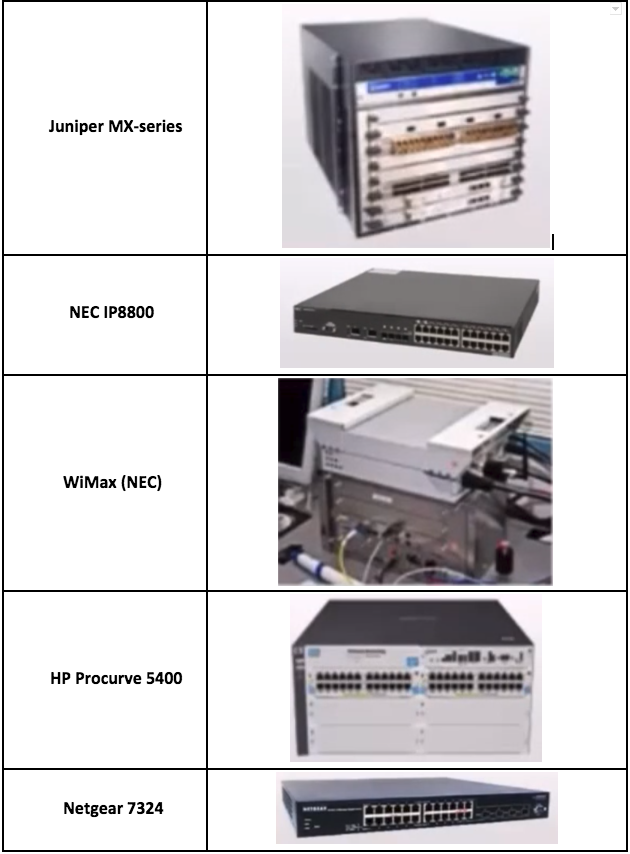 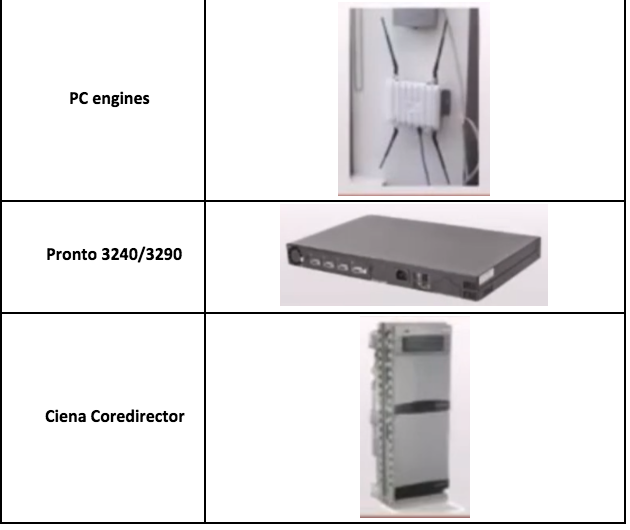 Why we should use the OpenFlow protocol?

One school of thought feels that an OpenFlow SDN would make network programmability necessary to better manage the server virtualization environments.

ODL Platform enables network services across a spectrum of hardware in multi-vendor environments. It is a common platform that can be configured to solve today´s requirements, integrating open source, open standards, and open APIs.

The ODL project which is an open source project was hosted by the Linux Foundation, its purpose was to advance an SDN adoption and to create a basis for a strong network functions virtualization in 2013.

This project does not necessarily have to run on Linux systems only. OpenFlow is a primary example of an SDN protocol supported by this OpenDaylight project.

ODL platform for NFV Project (OPNFV) will promote an open source network that brings companies together to accelerate innovation.

The principal objectives of the platform for NFV will also include:

Which is Better? SDN or NFV

Both approaches are complementary to each other.

SDN separates the network´s control (brains) and forwarding (muscle) planes to provide a centralized view of the distributed network. This result in a more efficient orchestration and automation of all network services.

Guest OS. It is OS running on the Virtual Machine, the Guest OS behaves as though it is running an independent physical machine but in fact, the physical machine is a logical server created on top of hypervisor.

Application. These are the software installed on the Guest OS.

NIC (Network Interface Card or the Ethernet adapter). The hypervisor segregates the physical NIC into logical interfaces called virtual NICs. At a hardware level, it is still a single NIC carrying the traffic of all the vNICs.

Virtual Machine (VM). It is created on top of the hypervisor with the required hardware resources. A self-contained software emulation of a machine, which does not physically exist, but shares resources of an underlying physical machine.

Based on hardware or the function that is being virtualized, the different types of virtualization are:

Server Virtualization. This is what we discussed in the first slide. Physical server divided into multiple logical servers.

Hosted Virtualization. It requires you to install an operating system before deploying the hypervisor, means that the hypervisor doesn´t have direct access to hardware resources. These kinds of hypervisors are often cheaper that bare-metal, so they´re well-suited for small data centers or test and development environments.

Storage Virtualization. Instead of inserting a bunch of hard disks into each server, storage virtualization keeps the hard disks separate from the servers.

The objects of virtualization are basically two:

We need to use some other network technology to share a link between many VRFs traffics. We can use:

Resilience.- Virtual network will automatically redirect packets by redundant links. In case of disaster, the virtual network can be easily recreated on new physical infrastructure.

Network Functions in Applications are:

A VNF is a basic block in NFV Architecture. It is the virtualized network element. For example, when a router is virtualized, we call it Router VNF; another example is base station VNF. Even when one sub-function of a network element is virtualized, it is called VNF. For example, in the router case, various sub-functions of the router can be separate VNFs which together functions as a virtual router.

This is the element management system for VNF. This is responsible for the management of VNF operation, in the same way as physical network elements are managed by their respective EMS of VNFs (for example fault and performance management). This may manage the VNFs through proprietary interfaces. There may be one EMS per VNF or an EMS can manage multiple VNFs. EMS itself can be a VNF.

NFVI is the environment in which VNFs run- This includes Physical resources, virtual resources, and virtualization layer.

This is the virtual part in NFVI. The physical resources are abstracted into virtual resources that are ultimately utilized by NFVs.

This is the management system for NFVI. It is responsible for controlling and managing the NFVI compute, network and storage resources within one operator´s infrastructure domain. It is also responsible for the collection of performance measurements and events.

Generates, maintains and tears down networks services of VNF themselves. If there are multiple VNFs, orchestrator will enable the creation of end to end services over multiple VNFs.

OSS/BSS refers to OSS/BSS of an operator

Is a free and open-source software platform for cloud computing, mostly deployed as an infrastructure-as-a-service (IaaS). The software platform consists of interrelated components that control diverse, multi-vendor hardware pools of processing, storage, and networking resources throughout a data center.